Between rehearsals, songwriting, paid gigs, and carving sculptures,  Jon does not always have time to provide news updates for his website. Sorry about that!

He also enjoys devoting time to mentoring musicians of all ages, whether privately at his Walaha Studios or through community events organised by Artslink Hervey Bay.

"MUSIC FROM MY SOUL" DVD and CD now available

‘Wangari Thinks (Hey Whitefella)’ acknowledges the significance of the living culture of the Butchulla (Batjala) people who are the traditional custodians of Jon’s birth place. The survival of Dingo (Wangari / Wongaree) on World-Heritage listed Fraser Island is currently threatened by government policy that puts tourism dollars ahead of environmental conservation.

‘Living The Dream’ is a quirky and playful reminder to enjoy the simple pleasures of life. The philosophy of the hippie era is still relevant today.

‘How Come Time Takes The Blame’ acknowledges that local murries – those born and bred in Hervey Bay – still feel the same connection to each other,  despite all around them the quiet fishing villages have grown and merged into busy city life.

‘In My Room’ describes the overpowering emotions and thoughts Jon went through in his ongoing fight with ‘the black dog’ depression.

‘Answers’ discusses how the landscape has been transformed by invasion, and the personal search to restore identity and inner harmony in the face of this onslaught of racial arrogance and environmental ignorance.

‘Through My Grandfather’s Eyes’ tells of returning to ‘walk the line’ -searching for artefacts and recording significant sites on ancestral lands - before the mines came in and destroyed all evidence of their existence. As he walked, Jon felt he was looking through his Grandfather’s eyes.

‘The Condamine’ nurtures Jon’s traditional country and cultural songlines. This ancient river always was – and still is – very significant to his people.

‘Final Farewell’ describes what pain, anguish, and long-term damage can be caused through emotional blackmail.

‘I’ll See You In The Dreamtime’ highlights the suffering occurring across different generations in communities. But remember positive changes can be achieved when you ask for help, and when this help is given from the heart.

This project is supported by the Queensland Government, through Arts Queensland (Playing Queensland Fund).

"I felt so satisfied with the audience response to my original compositions. A truly memorable night at the atmospheric Bond Store Museum. It still gives me goosebumps thinking about it."

"Sharing culture and music with an amazing group of proactive community workers. Great food and lots of fun."

"Inspiring to perform with such talented young indigenous musicians at the Sand Circle in Kurrawa Park Broadbeach, at the Main Stage on Surfers Paradise beach for 'Spirit of Churaki', and finally at CBD Street Party in Chinatown. Thank you Bleach Festival."

"I love being a muso. Jump on a plane, stay somewhere exotic, drink too much coffee, play music with mates, then fly home again. My idea of a perfect day at the office!"

"Connecting to brothers inside through music. It is heart-breaking to walk away knowing you are free and they might never be . . ."

"I was born and bred in Hervey Bay, so I was really pleased to be invited to coordinate the entertainment program on Yawar stage as well as perform myself. This awesome community event to celebrate an icon of our region - Urangan Pier - flooded me with memories of the past and positive hopes for the future."

"Death By Chocolate is such a novel approach to fundraising. I am pleased to report the Brolga Theatre (and my band The Acoustic Jabiru) survived being inundated by chocolate in all its delicious variations! Over $5,000 was raised for Riding for the Disabled Maryborough District. Inspirational night."

"A day of mixed emotions for all indigenous Australians. But what a wonderful time I had performing with The Acoustic Jabiru at Aquavue Cafe on Torquay Beach. Fellow musicians Caz Sendall (UK) and Chic Simpson (NZ) dropped in to enjoy the cool seabreeze and great coffee. The audience really enjoyed it when we invited them to join in singing a few numbers. Great fun. True reconciliation. Luv ya's."

"My first time performing at Woodford ... in the Pineapple Lounge. Then I spent the day immersing myself in the festival atmosphere with all the musical genres and art on site. Amazing!"

Jon Vea Vea & The Acoustic Jabiru were privileged to be one of the opening acts for the Toni Childs concert at the Fraser Coast Discovery Centre in September. The event was held to raise awareness for the marine conservation work of Sea Shepherd. "Magic night!"

"This was my first time to Tamworth Country Music Festival. Had an awesome time. Met up with Evelyn Bury who kindly mentored me in my early days as a professional musician in Bundaberg. Later I played some of my original songs at the Balladeers Homestead and then at the Tex Morton Touring Museum. What a buzz! I came away inspired to get back into my home studio to do some recordings and work on some new songwriting ideas. Thanks Tamworth."

Music From My Soul 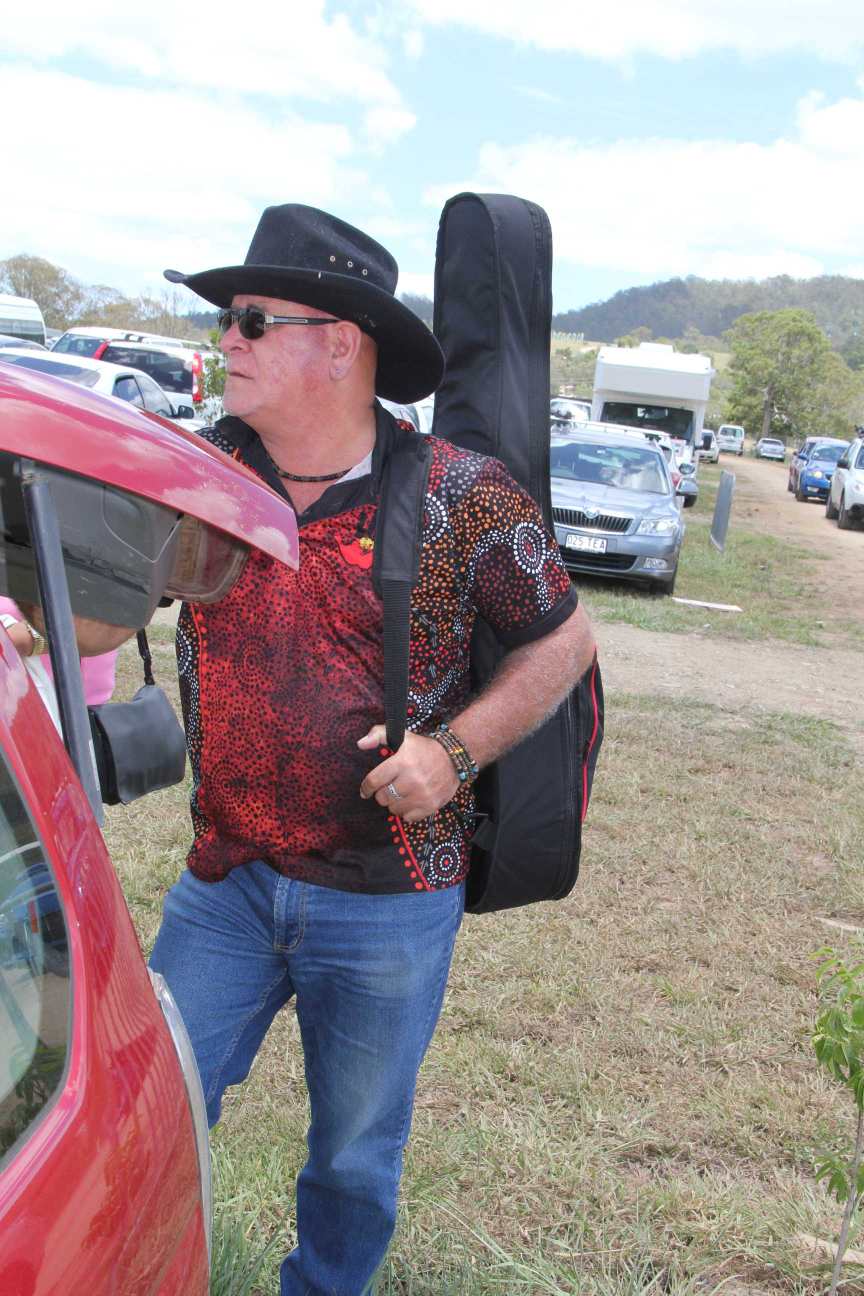 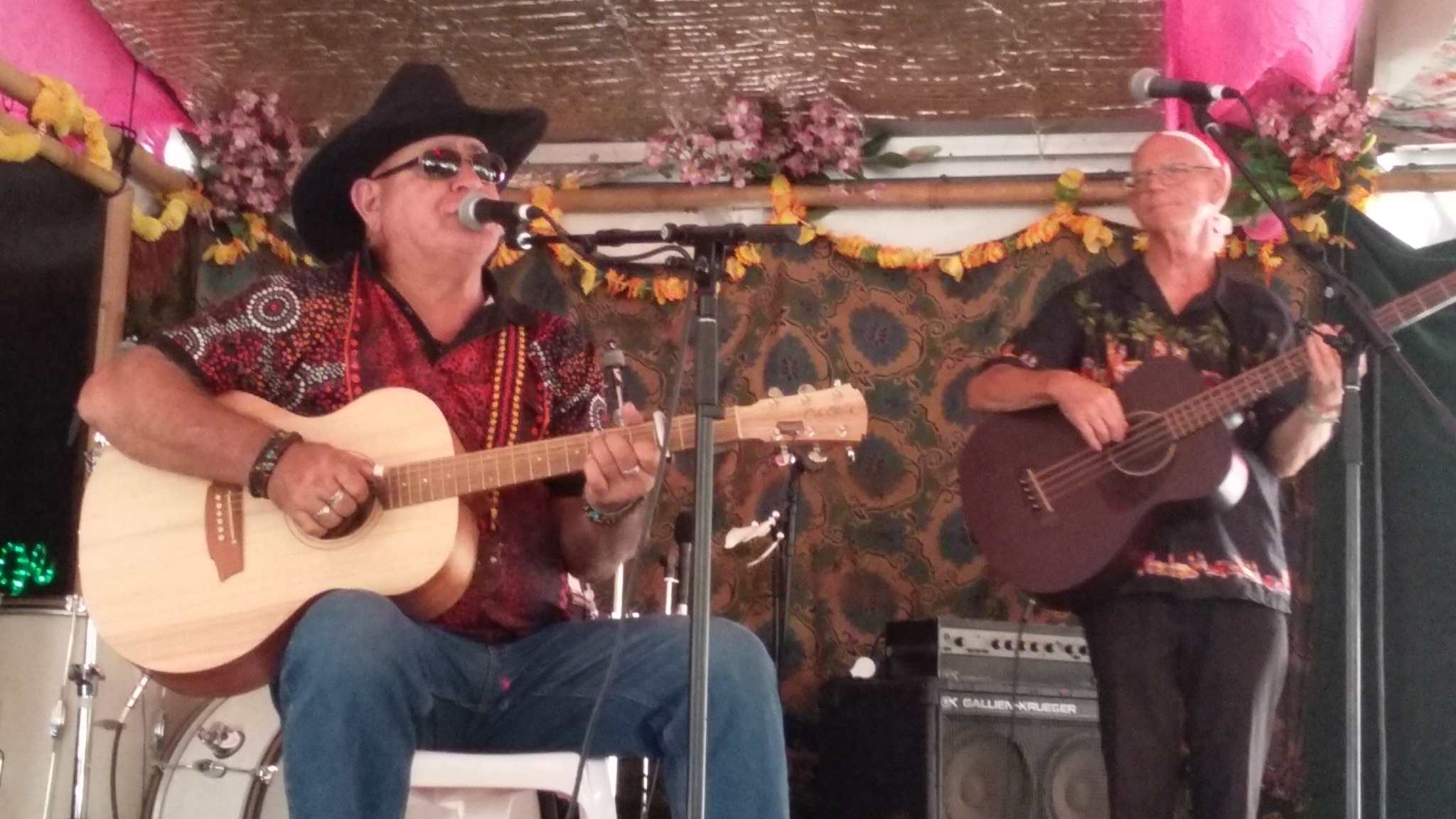 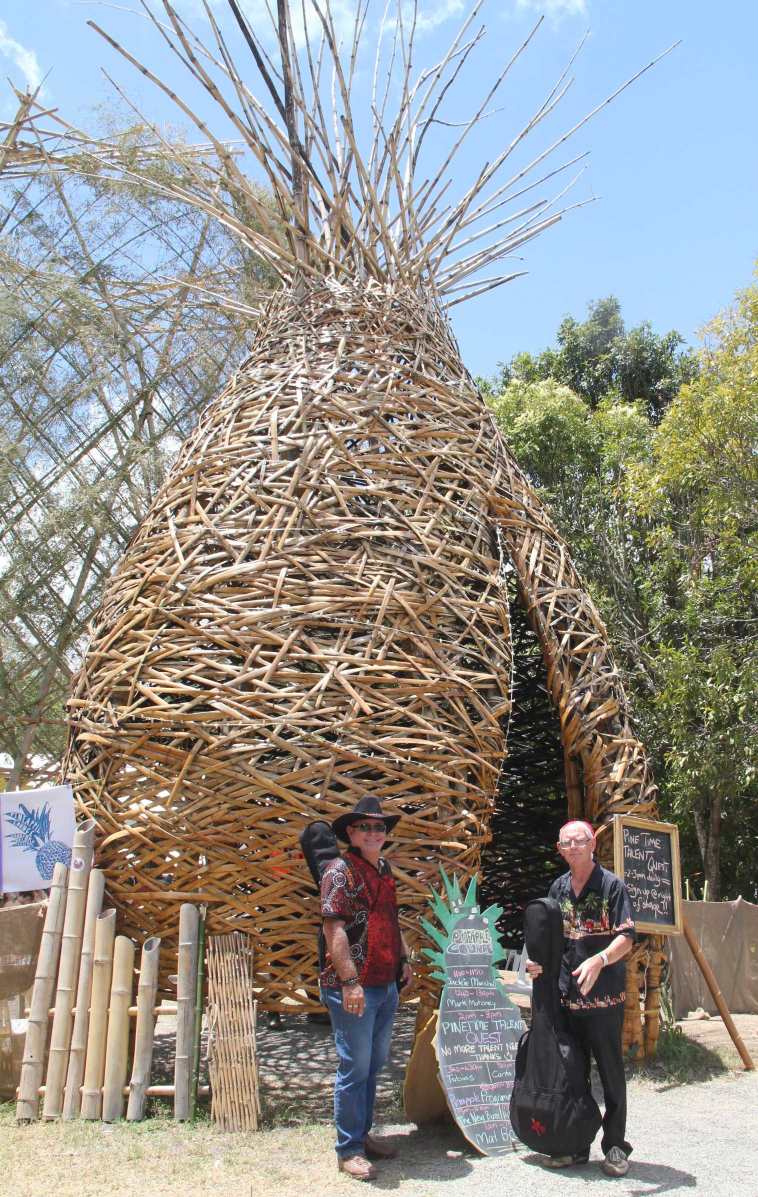 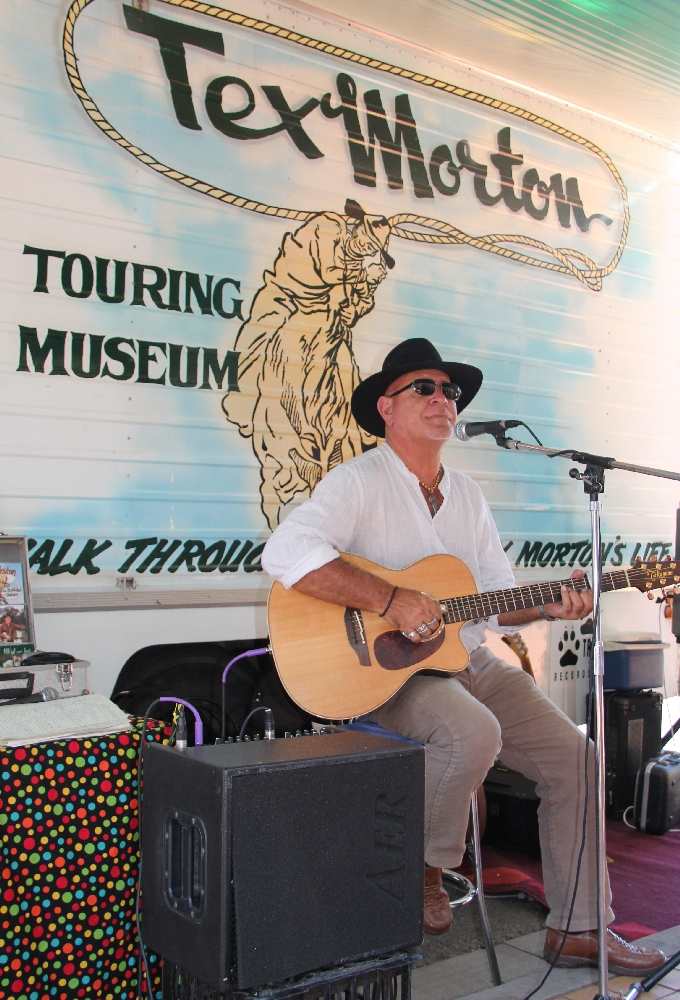 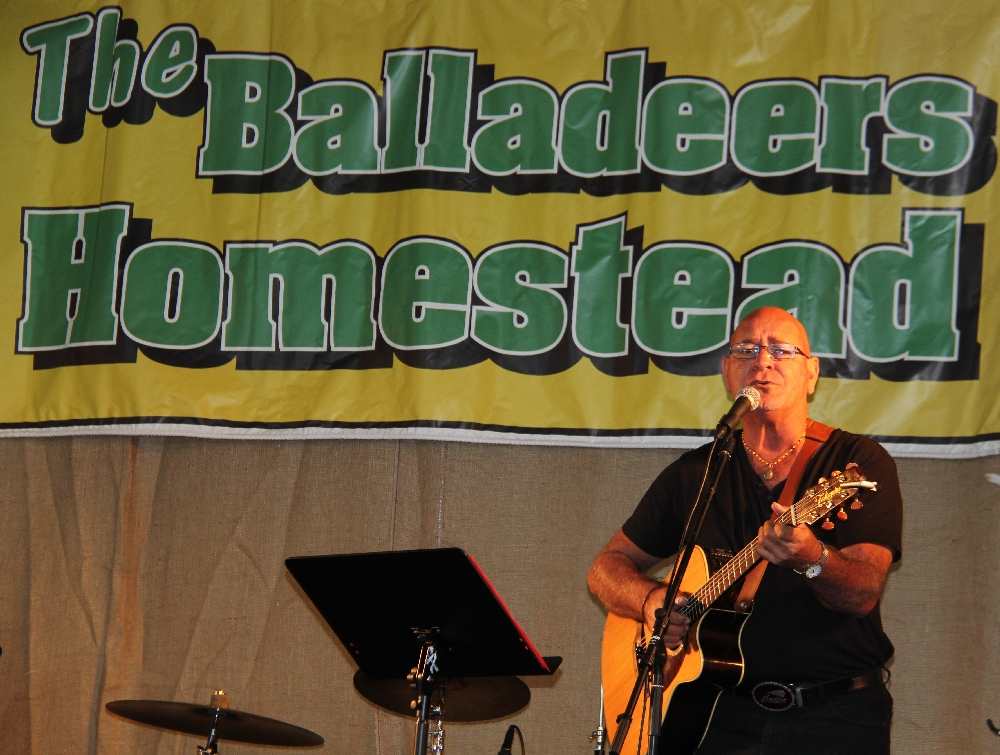 "Just love the atmosphere of playing outdoors. And now with Ritchie on bass guitar and vocal harmonies, I am having twice the fun. Audiences really connect to us because we are enjoying it so much. I often compose impromptu songs about the people walking past. That always takes them by surprise and makes them laugh."

Jon Vea Vea at Music in the Park 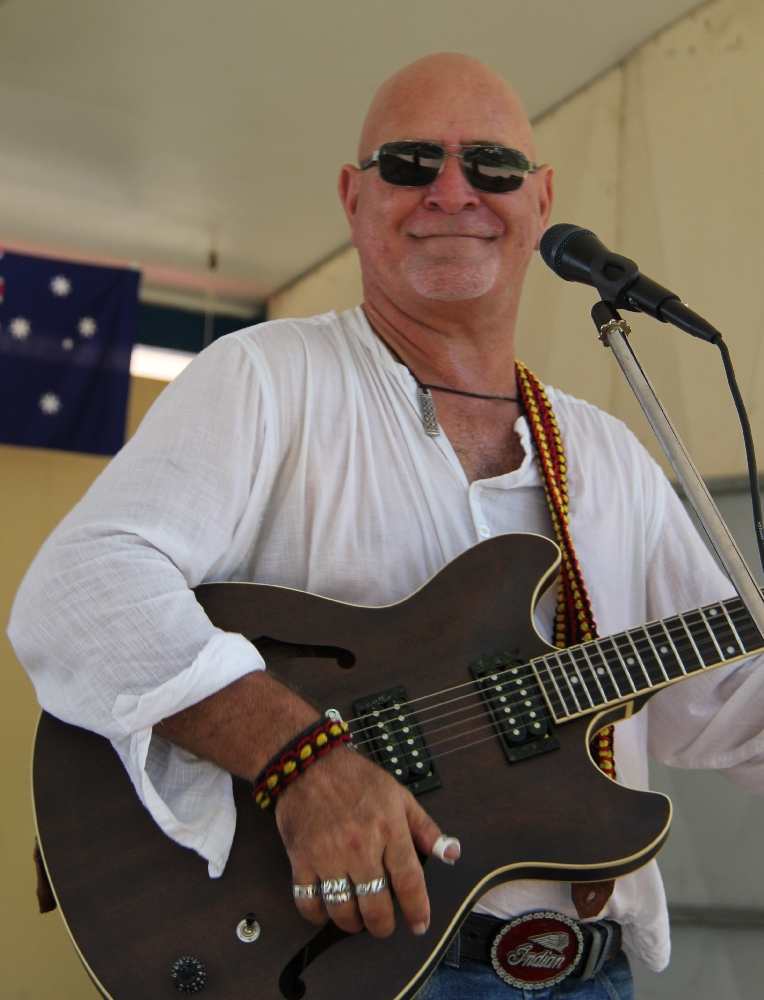 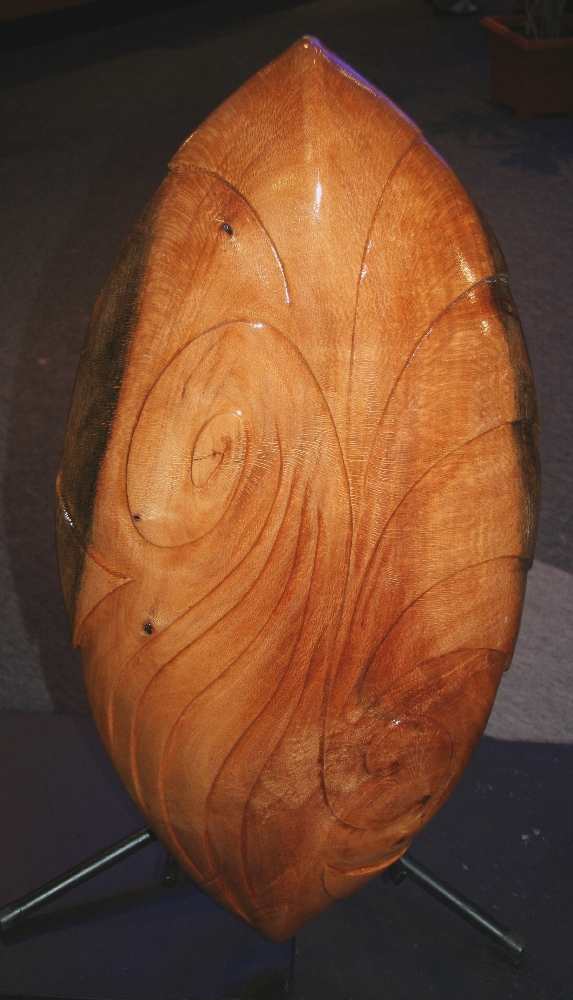 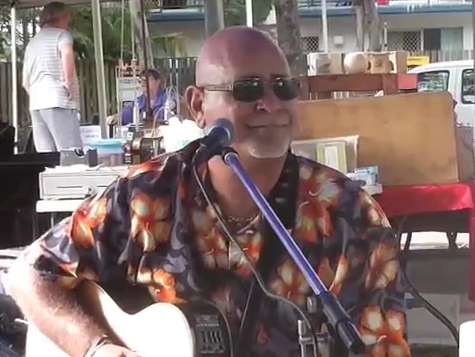